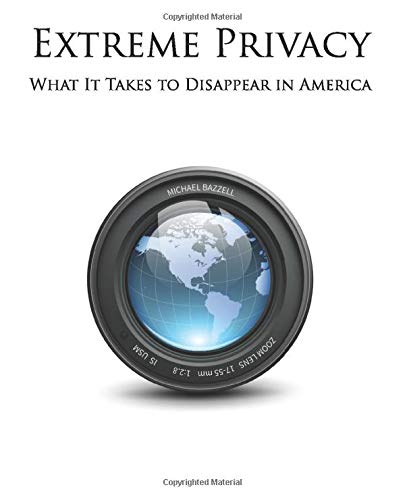 Michael Bazzell investigated computer crimes on behalf of the government for over 20 years. During the majority of that time, he was assigned to the FBI's Cyber Crimes Task Force where he focused on various online investigations and open source intelligence (OSINT) collection. As an investigator and sworn federal officer through the U.S. Marshals Service, he was involved in numerous major criminal investigations including online child solicitation, child abduction, kidnapping, cold-case homicide, terrorist threats, and advanced computer intrusions. He has trained thousands of individuals in the use of his investigative techniques and privacy control strategies.

After leaving government work, he served as the technical advisor for the first season of the television hacker drama Mr. Robot. His books Open Source Intelligence Techniques and Hiding from the Internet are used by several government agencies as mandatory training manuals for intelligence gathering and privacy hardening. He now hosts the weekly Privacy, Security, and OSINT show, and assists individual clients in achieving ultimate privacy, both proactively and as a response to an undesired situation.

Information Security Or IT Security?