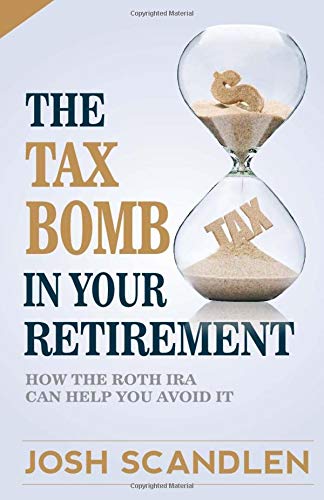 Josh Scandlen is a CERTIFIED FINANCIAL PLANNER Practitioner and holds a Master’s of Science degree in Personal Financial Planning. Josh has provided financial advice to clients since 1998. Over those 2 decades he has learned that successful financial planning does not need to be complex. He follows the tried and true rule he learned in the Army, “Keep It Simple, Stupid.” Josh used the GI Bill to earn his degree in economics from George Mason University in Fairfax, VA, where he received a number of academic scholarships. He was an instructor for the Virginia Commonwealth University CFP certification program in 2006 and was named as one of “America’s Top Financial Planners” by the Consumers Research Council of America for 2008 and 2010. He served as an infantryman in the U.S. Army’s 10th Mountain Division and the Virginia National Guard. Josh greatly values spending time with his wife and four children. Being raised on a small island in Casco Bay, Maine, Josh is a passionate fan of college and professional hockey and tries to catch a Boston Bruins game at least once a year with his family. Reach out to Josh at www.heritagewealthplanning.com

Security Needs for a Small Business

The Pros and Cons of Cyber Security: How It's Going to Grow and Kill Your Business